Kish island has two main parts for living. one is city centre and the other one is called Saffein, which is located almost in the north west of the island. Long ago the residents of Saffein area were mostly arabs but now a days a lot of modern building has been built in this area and it welcomes new immigrants. Although the majority of this area is very like other part of the island but still in some corners of it you can find local people that dress differently and are bilingual.

I was holding my camera, hoping for some good photos of sunset and tried to find a good place to unpack everything and start shooting. then I realized that a little girl who is on the right was trying to take my attention. by the time I looked into her eyes she ran away and this happened many times. the last time as she was running away I called her and asked if she wanted to pose for a photo. immediately she stopped, posed and waited for the shutter!! I took her photo but then she started running again asking me to follow her. She was playing with her friend and I caught them while there were hiding in the grasses. 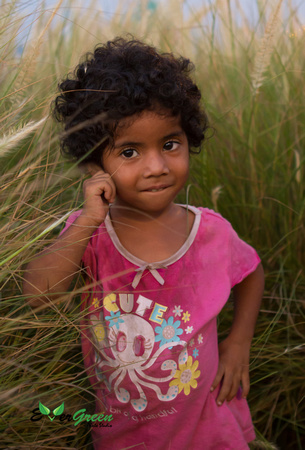 I shoot many modelling photos but none of them were as easy as this one was.